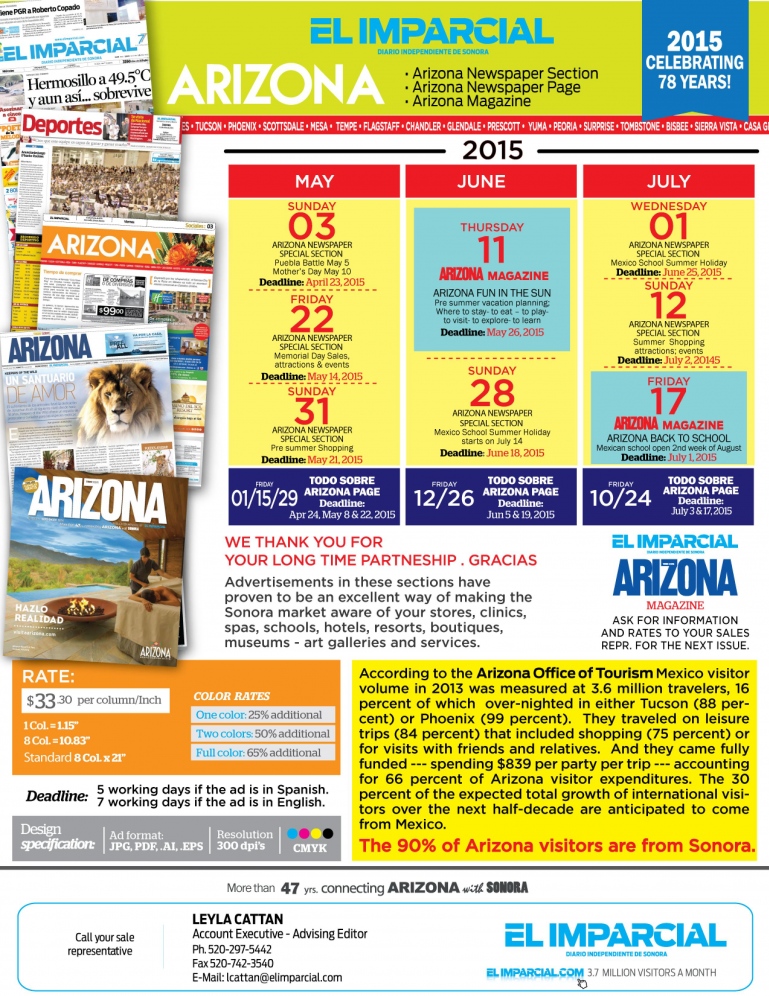 E L FAIR , Sonora Independent Journal was first published on 1. May 1937, and its founder Mr. Abraham Mendivil, two years later he acquired Jose Santiago Healy Brennan, a native of Monterrey, NL, son of Irish parents. Since assuming the leadership of the newspaper printed a line you versatility , integrity and journalistic objectivity. His ideology was reflected in this thought: "Make the paper instrument of hatred, grudges, passions or personal interests is to deny the influence of social benefit." These features allow you to enjoy wide acceptance and the number of his readers was gradually increasing, extending his insight to the broader social and core sectors. Thanks to this THE FAIR has remained constant development and has come to stand as the most important daily Northwest.

In 1948 the organization joined his eldest son, José Alberto Healy Noriega, under his father's tutelage he learned the craft of journalism, but mostly it pervades the thinking and philosophy he professed his lord father to death of Don Jose (Oct. 7 , 1968) he became Managing Director, maintaining the essence of philosophy and continuing the front line and continuous improvement, embracing new technologies as well as current styles and advanced journalism.

In 1969 he purchased four units of type offset press with capacity to print up to 20,000 copies per hour. Subsequently, three more units were purchased and introduced color printing.

In 1977 THE FAIR joined the Association of Editors of the States. Membership in this organization allowed contact and exchange of experiences, strengthening press freedom, the rights inherent in the journalistic and updating of written and graphic media.

In early 1982 he joined the paper a third member of the family Healy Loera Jose Santiago Healy, after having completed the Bachelor of Science and Technology Information at the Iberoamerican University and practiced law in some media in the capital the country. In October of that year he became Managing Director, and Don José Alberto president of the Publishing House. His enterprising and progressive spirit led them to give a substantive change since February 1985 THE FAIR adopted a new design in the presentation of your pages, because it was placed in the top five best presented and attractions in Mexico. This change was abolished passes notes to other pages and graphical information increased to give greater flexibility to read.

In 1990, THE FAIR obtained by the Institute of Media Controller (IVM) of Mexico City, the recognition for being the second largest daily newspapers in penetration between the national and the first in the Northwest.

As of February 18, 2003, Juan Fernando Healy Loera was appointed as the new President and CEO Northwest Publishers Inc. Company which publishes the Hermosillo daily El Imparcial, the Chronicle of Mexicali and Tijuana border.

In the last ten years THE FAIR won twelve awards from the Inter American Press Association, twenty awards of Newspaper Design Society, along with several references to national and regional level for their journalistic work.

Over time the company has consolidated its penetration and social influence have been affirmed and recognized by society as the most authentic and important leader of opinion, all this has been achieved thanks to the support of the people, based on the philosophy of continuous improvement of quality and service. The principles, especially customers and ultimately the readers are those who have driven to be a company better every day.