Douglas Arizona is a small, charming border community with over 100 years of rich history. The city has a population of 15,000 residents and has been recently dubbed one of the nation’s best “micropolitan” areas, communities with 10,000 – 50,000 resi...

About City of Douglas Douglas Arizona is a small, charming border community with over 100 years of rich history. The city has a population of 15,000 residents and has been recently dubbed one of the nation’s best “micropolitan” areas, communities with 10,000 – 50,000 residents with superior amenities, growing economies, and moderate costs of living.

Founded in 1901 and incorporated four years later, Douglas was first established as a smelter site for the thriving copper mines in Bisbee. In the late 1800s, the area’s open, grassy lands made Douglas the perfect area for roundups for many of the region’s largest cattle ranchers. And the entire valley is well known for its rich agriculture, which remains an important part of the local economy. But the city’s history pre-dates cattle ranching and copper mining. Spanish Conquistadores established presidios throughout the region and present-day Douglas is close to the San Bernardino Presidio of the late 1700s. The region also has a colorful Native American history, with names like Geronimo and Cochise among the most famous Native American figures to define the southern portion of Cochise County.

So what does Douglas have to offer today? Historic landmarks include the Hotel Gadsden, the Southern Pacific Railroad Depot, the Grand Theatre (currently under renovation), Church Square (the only location in the world where four different churches are housed on the same block), and the first international airport in the U.S. The Douglas area is also home to many cattle ranches, the famous Slaughter Ranch as well as the San Bernardino and Leslie Canyon National Wildlife Refuges with over 283 different species of birds, mammals, and other riparian wildlife. It’s a birder’s paradise, and it’s all just minutes away from town. The Douglas-Williams House/Museum houses one of the state’s most comprehensive photographic collections, which chronicles much of the city’s historic past. The city continues to play a vital role as a gateway to Mexico and the Rio Sonora region and shares a rich, cultural and economic history with its Mexican sister city, Agua Prieta. Douglas has numerous community facilities including an indoor aquatic center, art gallery, seven parks, a picturesque 18-hole golf course, tennis and racquetball courts, a recreation center, public library, Cochise College, and affiliated University of Arizona course offerings, plus an impressive list of community programs and activities for its citizens.

Come for a visit– Douglas awaits!

A PROUD MEMBER OF 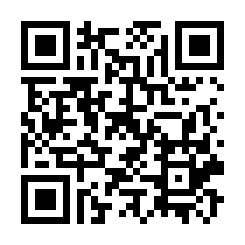